Tutorial - The Power of Software Defined Radio in Wireless Innovation

The Power of Software Defined Radio in Wireless Innovation

from softwarization to orchestration, from FPGA, CPU to GPU, from sub6G to mmWave

An interesting observation is that 5G is sharing everything except the radio spectrum. Spectrum sharing is more complex than exclusive usage: it requires extra cognitive capabilities not only in the infrastructure, but also in end radio devices, the capability to identify and fill in the spectrum vacancies, and the effective coordination among radio devices. To date, commercial wireless systems lack this kind of capability, as in particular end devices are subject to slow iterations of ASIC design and wireless standardization. This tutorial covers a few key factors empowered by Software-Defined Radio (SDR) in today’s wireless innovation to break this bottleneck. First, the trend of softwarization opens up radio devices for more rapid development and richer functionalities in radio interfaces. We look at the use of SDR as a prototyping platform to speed up the innovation in end devices for full-stack communication. Next, SDR is introduced as an enabler for Massive MIMO experimentation. Various Massive MIMO architectures are addressed, accompanied by experimentation results obtained on the real-life testbed, built with commercial SDR platforms. Then we present the use of FPGA in SDR systems. We focus on the modular design of radio using today’s popular SDR platform, combined with a demonstration to show how processing blocks on FPGA can be integrated with host PC using the RFNoC framework. Finally, more insights are given on the use of assistant technology such as multi-core/multi-processor CPUs, highly parallel GPUs, and FPGAs. As a result of the abundance of computing resources, the optimization of dynamic radio spectrum usage can be carried out by Artificial Intelligence or other complex algorithms. Essentially the tutorial covers a few crucial factors in wireless innovation, to enable a more democratic and intelligent use of the radio spectrum.

5G is leveraging on extensive sharing of infrastructures, such as radio head, cloud servers. However, when it comes to the radio spectrum, mobile operators are used to “pay and get exclusive usage”. In fact, 5G is sharing everything except the spectrum. But why? Because sharing is intrinsically more complex than exclusive usage. Spectrum sharing requires extra cognitive capabilities of radio end devices, the capability to identify and fill spectrum vacancies, and the effective coordination among radio devices. Up to date, commercial radio devices cannot meet such kind of requirements. They are largely ASIC, compliant to certain wireless standards, which do not have the full freedom to utilize arbitrary spectrum vacancies. Furthermore, wireless standardization is usually time-consuming, only after a standard is released, an ASIC design of a chipset can be made and put onto the market. Both the standardization and the chip design take iterations to mature, inevitably slowing down the speed of wireless innovation. In recent years, there is an overwhelming amount of standardization activities, the number, complexity, time and hence costs for standardisation increase. Despite huge standardisation efforts, the wireless world is getting more and more fragmented, hence increasingly difficult to share the radio spectrum. This tutorial covers a few key factors empowered by SDR to break the slow iterations of end devices and wireless standardization. The tutorial will be organized as multiple invited talks and a demonstration. Interactive sessions such as voting and quizzes are included when necessary. In particular, the following topics will be covered:

First, Ingrid Moerman will introduce the current spectrum sharing models and associated spectrum utilization bottlenecks. Increased allocation of exclusive spectrum, a trend still followed today, is not a sustainable model and, in line with the vision of the DARPA spectrum collaboration challenge, there is an urgent need for proven dynamic spectrum sharing techniques that can be taken up in upcoming commercial deployments. We will explain how the spectrum bottleneck can be solved by wireless innovation at the radio level and how SDR can boost such innovation. While SDR was originally primarily devised as a tool for PHY development, it has now become a powerful tool for rapid prototyping of full end-to-end solutions, not only targeting to increase spectrum efficiency but also guaranteeing firm and differentiated QoS demands. Some recent trends in software-defined radio research that will be highlighted are:

The use of multiple antennas is one of the key technologies to increase spectrum usage efficiency by exploiting spatial diversity. In the second part of the tutorial, Sofie Pollin will give an overview of Massive MIMO and mmWave Hybrid MIMO architectures, all built using commercial sub-6 GHz USRP devices. We will start from a traditional 3.5 GHz Massive MIMO testbed, and illustrate how it was evolved to various new wireless topologies: distributed MIMO, cell free MIMO, radiostripes, or even coexistence of multiple Massive MIMO cells. Details of the experiment setups, the resulting data and some first data insights will be given. Then, we will show how the setup can be evolved to a mmWave Hybrid MIMO test-bed.

In the third part of this tutorial, we move on to the role of FPGAs in SDR platforms. FPGAs have always been a favorite on SDR platforms due to their flexibility and cost-efficiency. Their importance has only grown stronger with the growing demand for faster communication systems. Key 5G technologies such as Massive MIMO and mmWave communications generate colossal amounts of data samples, causing an explosion in processing requirements. In this part of the tutorial, Prasanthi Maddala will focus on FPGA modules developed for such computation-intensive functions, like wideband spectrum sensing, Massive MIMO channel sounding, and 802.11ad preamble processing. A demo will be shown on how these modules are integrated with the Ettus research RFNoC framework so that they can be used with USRP devices and GNURadio framework.

Finally, Ivan Sesker will discuss how high-powered GPUs and multicore processors can be used to address some of the computational challenges related to wideband (bandwidths in excess of 100 MHz) signal processing that is characteristic for the next generation of the wireless system.

This tutorial is based on the spectrum bottlenecks observed in today’s commercial deployments and the way spectrum is allocated today. The tutorial focuses on the latest innovations in software-defined radio research that may have a huge impact on the way the spectrum will be allocated and orchestrated in the future. This tutorial is not only looking at the pure research aspects but also takes into account end-to-end system aspects (involving both infrastructure and end devices) and standardisation aspects.

Ingrid Moerman obtained her Ph.D. degree in 1992 at the Ghent University, where she is a part-time professor since 2000 and leading a team of about 30 researchers. She is a further program manager at imec, responsible for deterministic and wireless networks. Her main research interests include: Internet of Things, Low Power Wide Area Networks (LPWAN), collaborative and cooperative networks, intelligent cognitive radio networks, real-time software-defined radio, orchestration of heterogeneous wireless networks, and experimentally-supported research. Ingrid Moerman has a longstanding experience in running and coordinating national and EU research funded projects. At the European level, she has coordinated and is coordinating several FP7/H2020 projects (CREW, WiSHFUL, eWINE, ORCA). Ingrid Moerman is author or co-author of more than 700 publications in international journals or conference proceedings.

Sofie Pollin obtained her Ph.D. degree at KU Leuven with honors in 2006. From 2006-2008 she continued her research on wireless communication, energy-efficient networks, cross-layer design, coexistence and cognitive radio at UC Berkeley. In November 2008 she returned to imec to become a principal scientist in the green radio team. Currently, she is an associate professor at the electrical engineering department at KU Leuven. Her research centers around Networked Systems that require networks that are ever more dense, heterogeneous, battery-powered and spectrum constrained. Prof. Pollin is BAEF and Marie Curie Fellow, and IEEE senior member.

Prasanthi Maddala is a research engineer at WINLAB, Rutgers University. After obtaining her Master's degree in Telecommunications from Indian Institute of Science, Bangalore, she joined WINLAB and worked on various projects involving SDR platforms, with her main focus on FPGA and embedded development. Her recent technical interests include SDR development for mmWave and wideband communication systems.

Ivan Seskar is the Chief Technologist at WINLAB, Rutgers University responsible for experimental systems and prototyping projects. He is currently the program director for the COSMOS project responsible for the New York City NSF PAWR deployment, the PI for the NSF GENI Wireless project, which resulted in campus deployments of LTE/WiMAX base stations at several US universities, and the PI for the NSF CloudLab deployment at Rutgers. He has also been the co-PI and project manager for all three phases of the NSF-supported ORBIT mid-scale testbed project at WINLAB, successfully leading technology development and operations since the testbed was released as a community resource in 2005 and for which the team received the 2008 NSF Alexander Schwarzkopf Prize for Technological Innovation. Ivan is a co-chair of the IEEE Future Networks Testbed Working Group, a Senior Member of the IEEE, a member of ACM and the co-founder and CTO of Upside Wireless Inc. 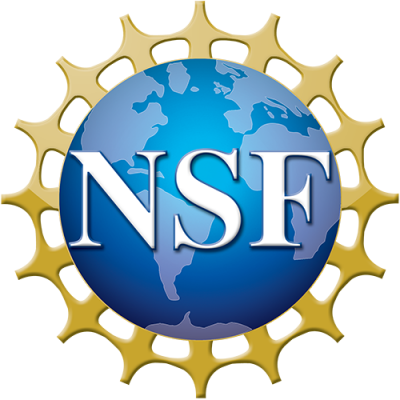